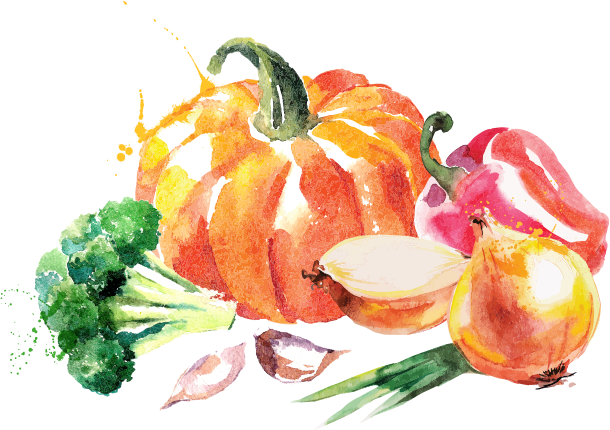 Nature creates and we cook!

Discover our recipes divided by category

Access the video section and discover our video recipes

Follow our events calendar to stay up to date

Pepper is the common name given to the berry obtained from some varieties of the Capsicum species.

The turnip is cultivated for its rounded root, sometimes rather squat.

The right place for anyone looking for recipes, ideas, motivation or news all with the theme 100% vegetable.
How many famous tables do you know?
The table of the ancient Egyptians, Greeks and Romans, King Arthurs Round Table, the table for festivities, the every day table where you find time for yourself and your family.
From today on you'll have an extra table, a veg table... the VEGE-TABLE!
This was formed with the intention of sharing tasty, appetizing, enthusiasic recipes for all palates starting from 100% vegetable ingredients and enhancing the authentic Mediterranean Diet. You will find many recipes that come from Italian cuisine rediscovered in vegan context, together with other dishes typical to various countries across the world.
Nature creates and we invent!
Are you ready? Let youself be pulled in and surprised by all you will find here.

Eggplant is a dicotyledonous angiosperm plant belonging to the Solanaceae family.

From nature for you

Venus Rice with vegetables and sauce

Diary of a Cooking Course

When I enter someones house, I feel welcomed if they sit me down immediately to their table.  Have you ever reflected on this? The table is a central part of our lives more than we imagine. There we meet, discuss, joke, talk, eat. There we talk of life, expectations and fears. We bring our knowledge, the will to try and change. There an understanding or a love can be born. There we know, we are, we love.

These pages want to reach a lot of people gifting them news, recipes, studies, stories amd experiences all coloured green, the most representative colour of the vegetable world.

Whoever wants to pass every now and again to this home to say hi will always find the door open, whoever wants to visit regularly will always be accepted with open arms, whoever wants to live here will feel themselves in a warm and safe place, where the key is hanging on the nook allowing you to enter anytime and recognise every day what respect for Life means, big and extraordinary words that we’ll never be able to completely understand

The majority of what you will find on this website is free and can be shared, inspired by a sense of belonging to life and the same planet, by the desire to tell our stories and our recipes, our ideas and our feelings, freely and full of significance

This portal is open to all and takes the form of a big hug where dividing walls have been knocked down and where there is a lot of light entering from the wide windows. If you want to leave your imprint here you can because in this house we gather a lot of material, even your recipes, your ideas, your story could become part of this project...write to us and you'll become an integral part of this story

How many times I heard this

We are in Fano